The end came way too soon for Lit on the Flash

My first post on this blog was on July 3, 2012. In 309 days, I've posted 121 times to this blog, all about indie music and the artists that I've come to know and love. Of those 121 posts, I've mentioned and/or posted about the band Lit on the Flash more than any other. 20 times to be exact. There's a reason for that. I've said it before and I'll say it again. I unashamedly show favoritism. My blog, my rules. Plain and simple.  Thankfully, you, my loyal friends and readers have shown me love and respect over and over... to the tune of almost 10,500 page views (between this blog and the album reviews I've begun to do for The Ultimate Jamz: http://theultimatejamz.blogspot.com/). 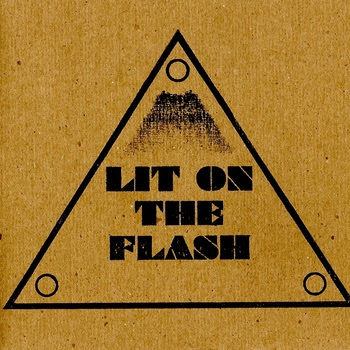 But why a band like Lit on the Flash? How did they become my favorite band ever? I mean, they're just a small band from Wales, Maine. How many of you have ever heard of Wales, Maine? Or even know where it is without Googling it? Better yet, how many of you even realize that Maine is actually a state and not in Canada? Don't laugh. I get that all the time. If you go back to my first post, Getting to Know Indie Artists (http://supportunsignedartists.blogspot.com/2012/07/getting-to-know-indie-artists.html), you'll know why I started this blog and how indie music came to be such an important part of my being. I'll take another quick jab at mainstream radio and the record execs that shove the shit in our ears that they do today. You suck. Period. You're killing the future of the recording industry and ruining the youth of the world as I type this. I speak from experience because I have a 10 year old daughter that amazes me on a daily basis with what she considers "great" music. Again, thanks to you. I'd like to say a big fat fuck you to the collective lot of you.

Anyhoo, back to the subject at hand. In February of 2012, I drug (as in took her with me, not administered illegal substances to... lol!) my wife to my first Lit on the Flash gig in Portland, Maine at the Empire Dine and Dance. Also on the bill that night were a Boston based band, Naked on Roller Skates (who recently also called it a day) as well as a couple of bands from Bangor, Maine, Temperature of the Sun and When Particles Collide (another of my favorites). Over the course of  that year, I actually lost count of the number of gigs that I saw them play... it would probably be easier to count the number that I missed, which weren't many. I traveled far and wide to see this little three piece band of rock n roll goodness play all over Maine and New Hampshire. And did we end up in some interesting places! From that first gig at the Empire, I was instantly hooked. Never had I seen any artist or band, and I mean NEVER, leave it on the stage like they did that night (and EVERY other time that I saw them). Jake Roche, Kerry Ryan, Matt "Matter" Reignkin, and later, Andrew Patterson, formed the heart and soul of an experience that helped give meaning back to the music for me. As the gigs came and went, I was fortunate to get to know the guys and become friends with them. I found out that Jake and Kerry had a brief brush with fame back in the early part of the 2000's as members of the band Jeremiah Freed. How fucking cool was it to meet two of the members of one of my favorite alt/rock bands of all time? The story of how it all ended floored me. But then I realized that it happens to bands every day. It's all about who the record execs decide to push on the mainstream. It's never about the music anymore it seems.

Fast forward to January of this year and the day that I never in my wildest dreams thought would ever come. For me, the day the music died was the day that Lit on the Flash decided to call it a day. Time to bring some of those side projects to the fore front. The time for driving from gig to gig, week after week, playing in bars and small clubs wondering if any one other than the bar staff and waitresses would be there was coming to an end. There would be no world tour. No string of #1 hits. No multi-platinum albums. It was time for me to feel cheated in a way, but also time for me to reflect on some of the best times I've ever had. Did you notice that I didn't mention my wife going to any other gigs with me? In all honesty, she did not enjoy herself that night at the Empire. The place was small, the music was waaay too loud, and she couldn't understand how I could have such a great time when maybe 30 people were there at the show's peak. My 10 and 7 year old daughters actually went to more LOTF shows with me than my wife! We regularly have sing-a-longs on the way home from time to time to LOTF songs (their favorite is Full Moon Coming Up, by the way). My 10 year old, even when taking my previous comment about her questionable taste in music into account, surprises me on occasion when she pops out of her room wearing her LOTF band shirt or when I catch her humming one of their tunes.

Luckily for the guys in the band, the music hasn't died for them. Jake is still playing the tunes I've come to know and love on an extremely toned down scale. Two great shows down Jake, can't wait for some more! I recently ran into Kerry at a When Particles Collide gig and found out that he and Andrew are also carrying on and that they've got some cool stuff in the works too. Can't wait until August to see your In Utero cover show guys!

So besides my rambling, what is the purpose of this post you may be wondering? It's to show you that you can make the difference. When you see me Tweet "Support unsigned artists. Give indie music a chance.", there's a reason for it. These indie bands/artists are out there giving you their all every time out. Give back to them. Don't expect them to give their music away to you for free. It wasn't free for them to record it, and their music is considerably cheaper than what mainstream charges. I don't expect each of you to start your own blog. I don't expect you to take my advise on who you should listen to (I'd like to think that some of you have actually discovered some really great music that you may not have know about otherwise thanks to what I do). But since you take the time to read my blog, you obviously have somewhat of the same taste in music as me. When you find an artist/band that you believe in, do what you can to help spread the word. Tell your friends and family about them. Try to make a gig or two. BUY their music if you can. Get involved in Kickstarter or Pledge Music or Indiegogo campaigns.  Pester the hell out of your local radio stations. Get acquainted with college radio stations in your area and request your favorites there too. You'll find that college radio is a little more receptive to indie music. Support internet radio stations. Want to know what some of the best ones are? Take a look on the toolbar on the right hand side of this blog. I've made it easy for you and provided links to some of the top (at least in my mind) ones.

Most importantly, let the artists know that you appreciate them.

I'm baaaack! And for very good reason. After taking the past year off to recharge, so to speak, I've been lured back from my sabbat... 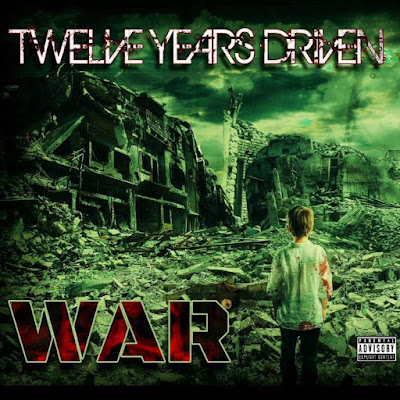 Music is your life. Make it rock.

Live the adventure... Press on!